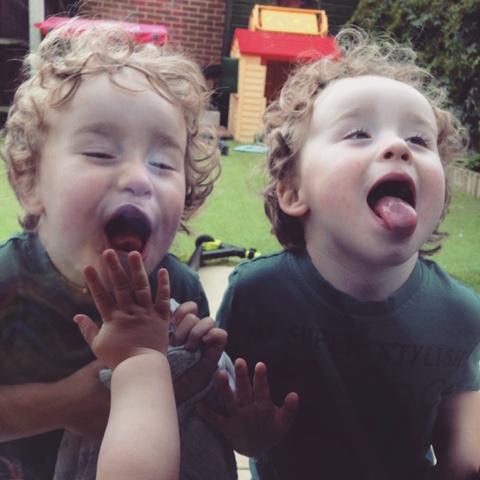 Just casually licking the windows!
Which in this house is completely normal!