April 10, 2016
Noah has been asking for his own pet for a while now.
So I thought seeing as his end of term report was really good, I took him along to Pets At Home on Monday and let him pick out his new furry friend.

When Noah was 2 we got a hamster as our first pet as a little family and he named her Mouse, so I was interested to see what he'd call this little bundle of fur.

I was half expecting Noah to name him Stampy, Dan the diamond minecart, red stone or something silly, but no!
I would like to introduce Fudge.
He's a long haired Syrian Hamster.

Noah's already been nipped by him but he hasn't let that put him off.
He cleaned out Fudge's cage without moaning, every night he'll change his water and food bowl.

I'm a little bit in love,
I've had hamsters & gerbils for as long as I can remember so I think buying Fudge was as much for Noah as it was for me!

I'm showing Noah how to make Fudge tame by handling him every day and making sure he pays him attention. The first day we had him, Noah read a couple of stories to him.

So far so good, he's a great little pet owner!
Noah has even told me he wants to enter Fudge into Hamster Judging Competition's! 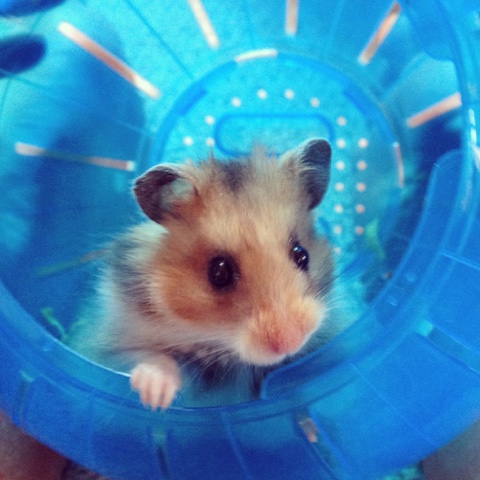