#WickedWednesday || The one with the black eye

The poor boy came downstairs crying and shamefully I didn't pay too much attention, I patted him on the head and said he'd be ok and carried on with the hovering.

After that was done I looked at him and saw he had a massive bump.

After placing some frozen fruit (frozen peas are so last year!) on his eye he was back to his happy self!

It looks like he's been raiding my make up case.! 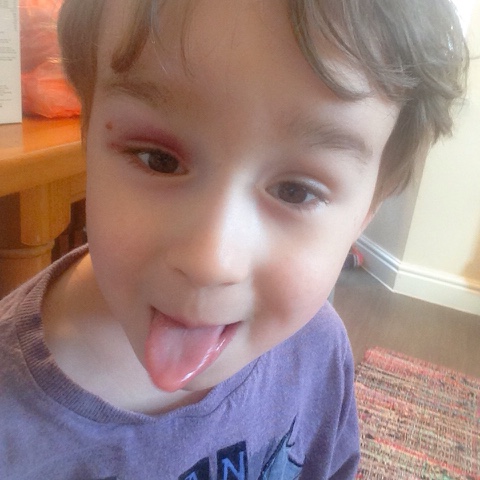