April 01, 2016
Last week we were invited along to Gravity's superhero training toddler group session.
The whole of the park was open to just under 5's so there was no fear of being knocked over by bigger bouncers.

I didn't really know what to expect but I dressed up the boys - not hard when they are hardly ever out of their batman costumes, Ru was even keen to dress up and headed off to Maidstone.

The boys were greeted by a "real" Batman, who came over to give them all a high-five. I'm not sure I've seen the boys smiles as big as they were right at that moment....oh wait they got even bigger when they saw SPIDERMAN!

We were given our special socks and were sat down to watch the safety video.
Which everyone has to watch, before they are allowed onto the trampolines. 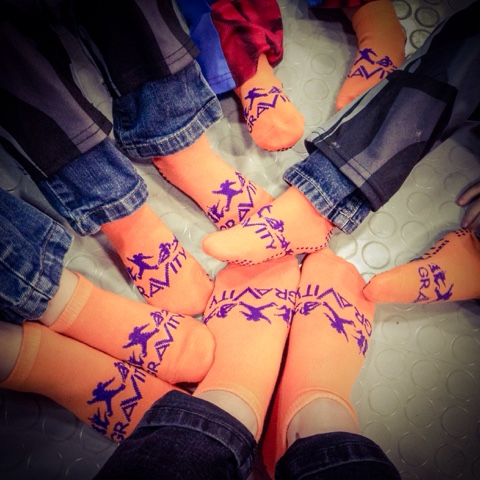 I wasn't sure if Ru would be too impressed with it, but he was off running around and the twins were in their element.
They were off before I could blink.
The place was booming with kiddies all dressed up as their favourite heros. 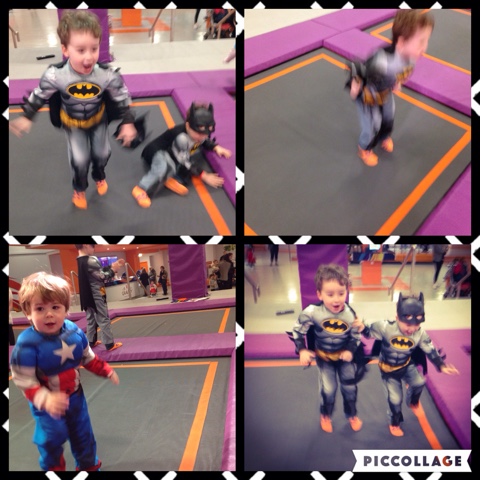 The staff had all dressed up as different hero's and all the kids were star struck.
The twins latched on to poor Spidey and wouldn't let him out of their site! 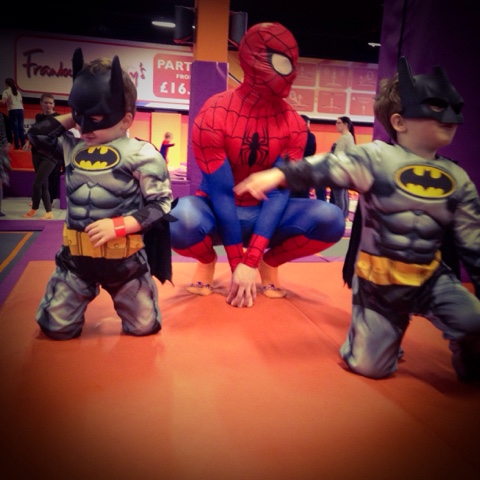 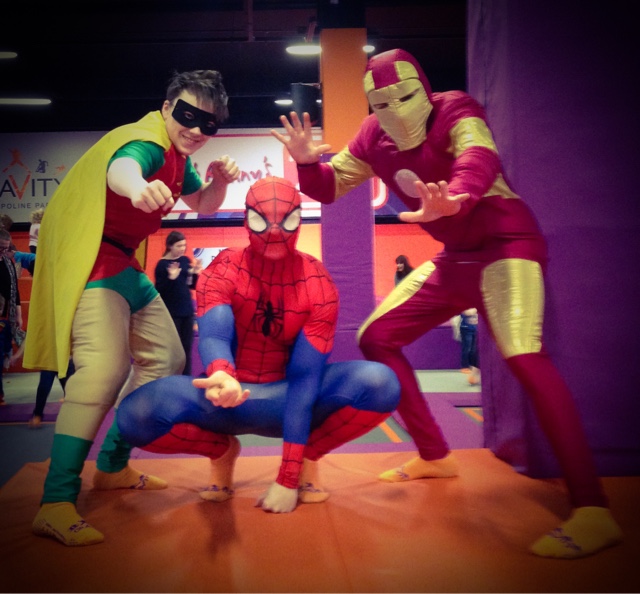 Batman kept coming along to get in on the twin action but they were far too busy loving on Spiderman! 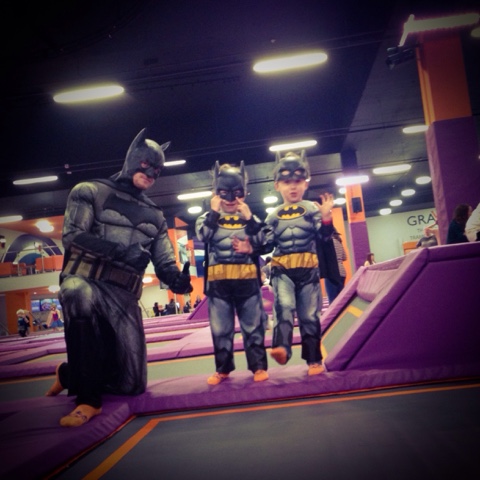 The staff were all fantastic with the kids and it was lovely seeing them  get involved and show off their own jumping skills. Ironman even showed the kids how to do a slam-dunk at the basketball trampolines! 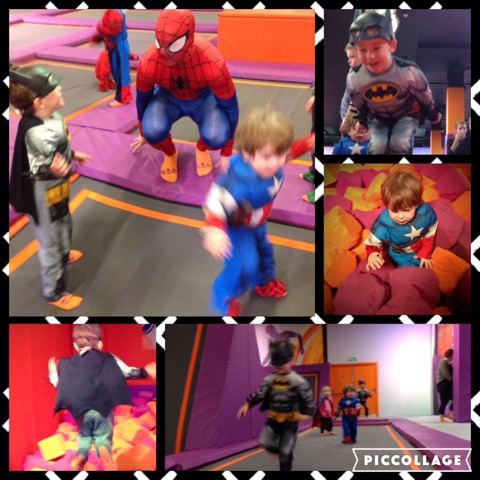 After Ru had finished running around in circles he finally took notice of these big superheroes and started going up to them and showing them all his star (he was dressed as captain America) and they all got down to his level and showed an interest in, some even tried to give him high fives but more often than not he left them hanging! 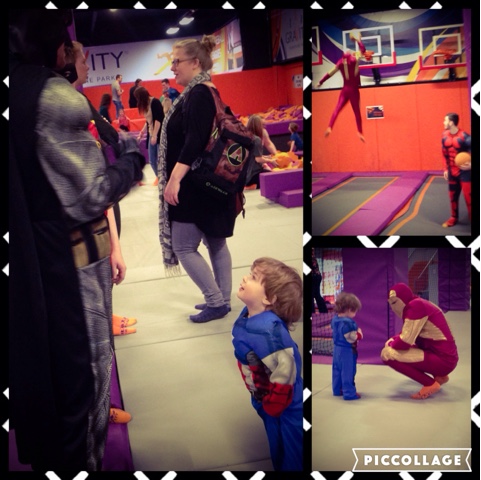 I did expect a little structure into this "Superhero training" but it was a bit of a "do as you please"
Which I actually think it suited the kids & adults more.
Trying to organise a lot of kids in such a fun place is probably more stress that its worth!
I know I wouldn't have been able to stop the boys bouncing off if they were being told to stop and listen. 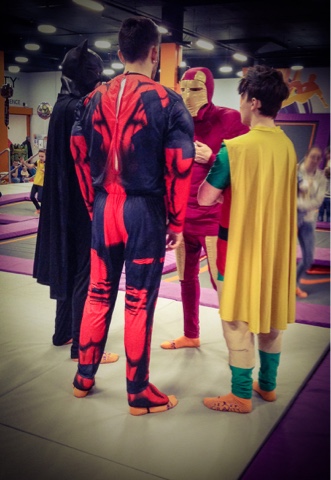 After the bounce session was over, they all headed over to the activity table and all started to colour in. I'm not sure what the boys loved more, being able to sit right next to their hero's and colour in or run around after them and show off.

The boys really enjoyed themselves and Oscar cried when we left as he really wanted Spiderman to come over for lunch.

If Gravity ever have another Superhero toddler event, we'll be first at the door! 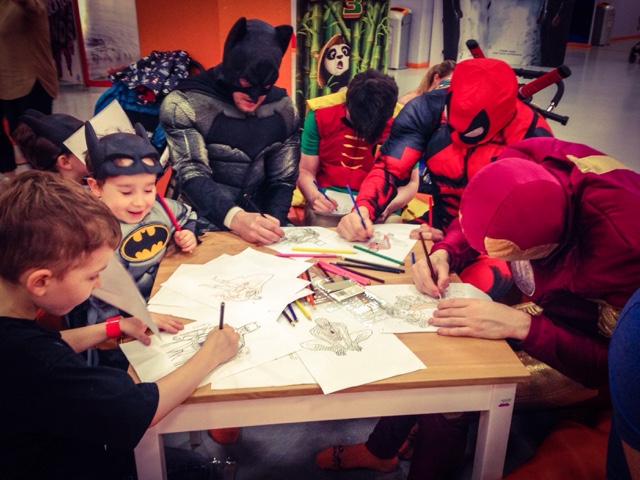 You can find out more about sessions and events over on their website - www.gravity-uk.com