May 26, 2016
If you're looking for places to visit this half term I highly recommend Leeds Castle!

Last weekend we decided to have a day trip to Leeds Castle, Noah has been before on a school trip but for the rest if us it was a brand new experience.

It only took us 20 minutes to get there, which shocked Jon as he thought he'd be driving for ages.

We were greeted by this beautiful peacock, who was more than happy to pose for a photo and shake his tail feathers at me. 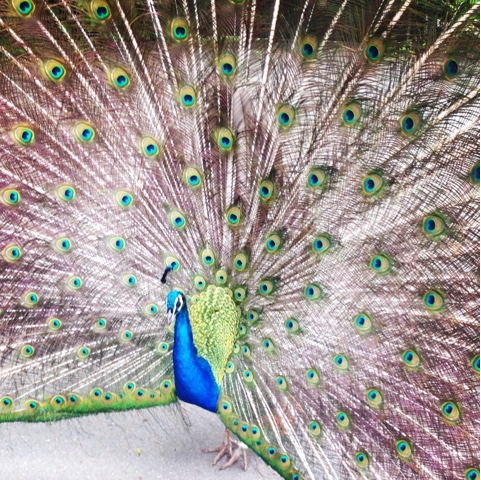 We decided to walk to the castle rather than take the "train" we thought that would come in handy when the kids were all tired out and their legs no longer work.

The gardens were absolutely beautiful, all the boys walked nicely along and stopped every so often to take it all in.

It was so peaceful, you could really spend the whole day just taking in the beauty. 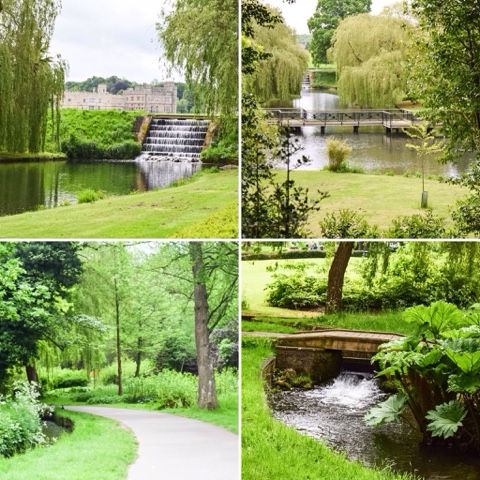 The gardens were full ducks, geese, swans. All very friendly - all wanting food we didn't have.

Noah made friends with some ducks and I got extremely broody over all the baby goslings I kept seeing waddling around. 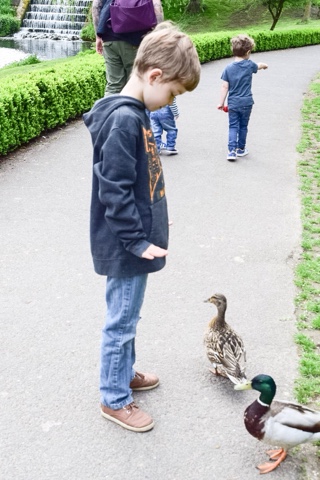 I went a bit too snap happy everytime I saw a new family waddling along. 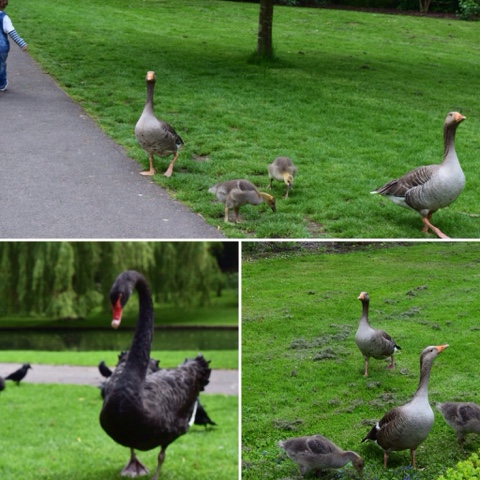 We jumped aboard the Black Swan Ferry to get across the lake and head to the Squires' Courtyard to let the boys have a run around and let off some steam before we took them into the Castle. 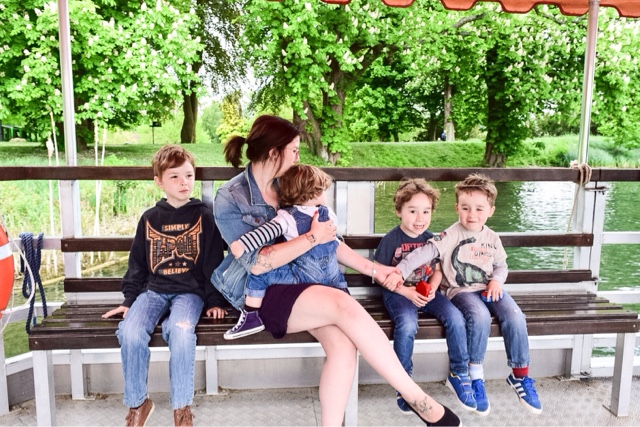 The playground was ace, the boys loved it. The child friendly zip wire was a massive hit, for both the boys and Jon and I.
We each claimed a twin and had a twin race to see whose twin would zip along the wire the fastest.
Me and Alex won a few goes, but Jon had the advantage of having the lighter twin and the bigger muscles.

Ru loved running along and finding all the slides to go down.
They made a couple of friend and it was lovely to see them all having such great fun. 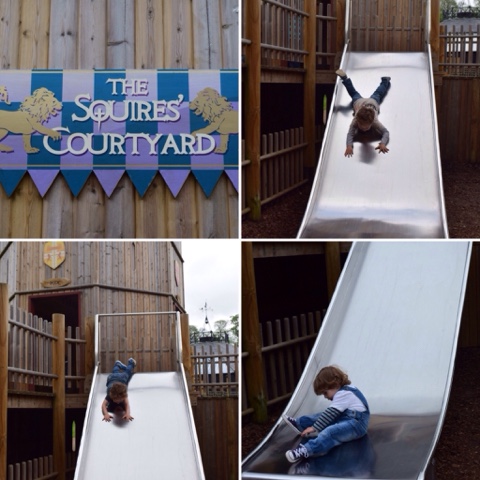 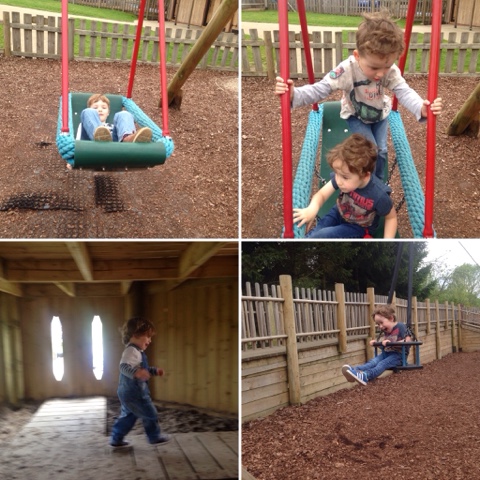 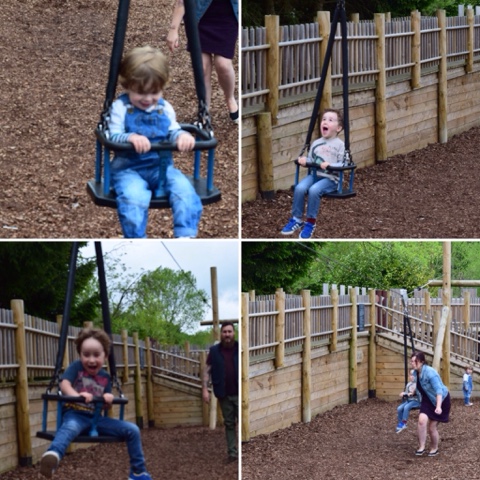 After we managed to pry them away for the park we headed for the maze, Noah promised us he knew the way and it was really really simple....... 45 minutes later we still had no idea what way we were going.

Eventually Jon got help and him, the twins and Noah found the middle, leaving me and Ru behind. It wasn't long until we got their all by ourselves. Which must mean we are the true winners as we didn't get any help!

It was great fun, and none of the boys moaned they were bored or their legs hurt. 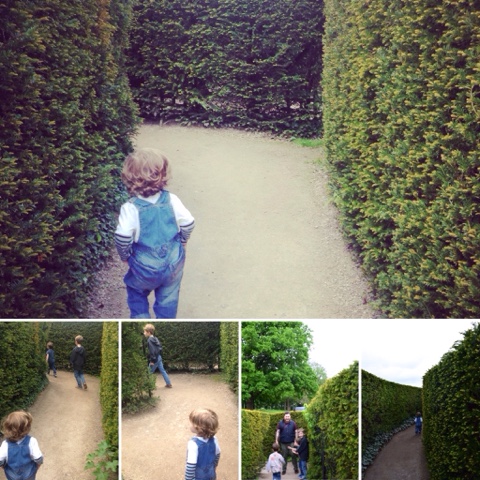 On the way out of the maze you go through the Grotto... "complete with macabre forms and mythical beasts created from shells, minerals and wood." 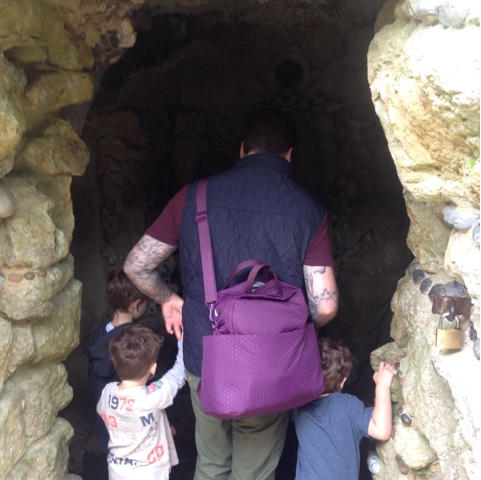 The boys were a little unsure and were all happy to get out into the sunlight. I thought it was wonderful. 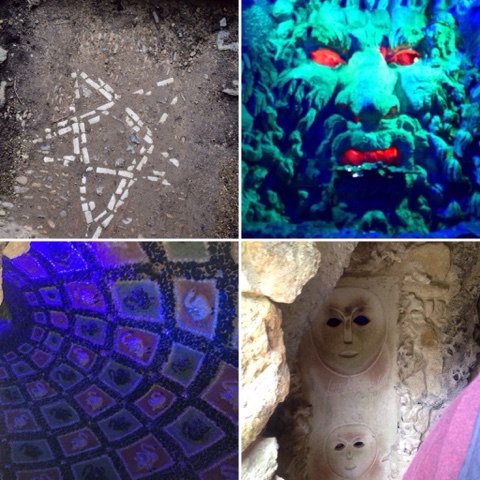 After we got out of the maze and the grotto, we decided to re fuel and have some lunch before heading off to look round the castle.
Even though it was a little windy, it was nice to be sat out side taking in the beautiful views and breathing in the fresh air.

My camera and phone both decided to run out of battery as we reached the castle, so I didn't managed to get any snaps of inside or by the castle.
Jon had a little battery life left ....luckily as he managed to get a shot of these beautiful babies who had just hatched!! 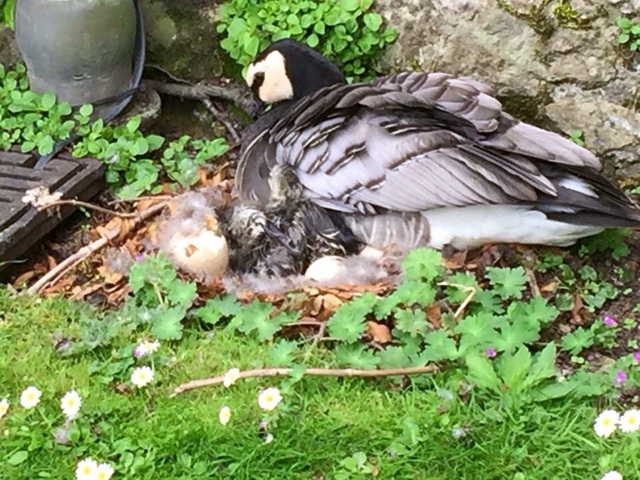 The boys were very well behaved walking around the castle and took everything in. Pointing to different paintings and different weapons that were displayed on the walls.
Even Ru seemed to be enjoying it.

Once outside the castle we decided it was time to head home, we could sense the beasties were at their limit of behaving so we jumped aboard Elsie the Castle Trains and headed back to the car park. 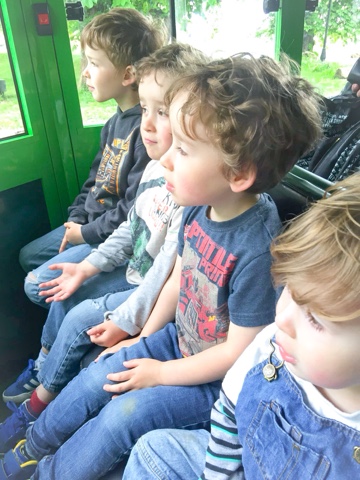 We had a fabulous day and cant wait to go back again.

Over the bank holiday they have a Grand Medieval Joust -

Elsie the Castle Train is 50p per person
The Black Ferry Swan is £1 each way - under 4's are free
Ticket prices -
Adult £24.50
Child (4 -15yrs) £16.50
Under 4's go free
For more information on ticket prices Click Here
**I was gifted the tickets in exchange for an honest review. All thoughts are my own**