October 17, 2016
Our weekend started the moment the boys finished school.

We packed up the van and headed off to Mimi's and Mergies. 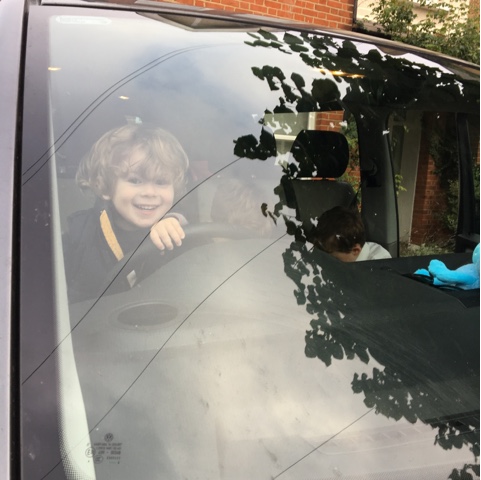 The boys were having a sleep over and Jon and I were off to Wembley arena to watch Seasick Steve.
It has been 10 years since he appeared on the Jools Holland show and this was his first big arena show.
Jon has been a fan of Seasick since day one so he always try's to make the gigs when they're in London.
Jon introduced me to him way back when we first meet and I've been a fan ever since,
we have even discussed having one of his songs as our first song as our wedding. 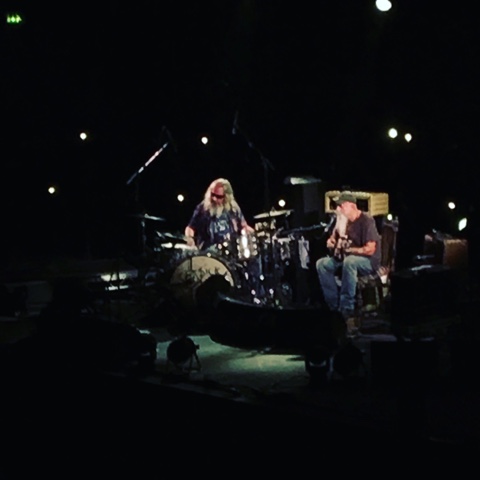 We had a great night but I wasn't really a fan of getting back to my mums at 1pm.
Thankfully none of the kids woke up when we rolled in and we were able to sleep till 7am.
Mum told me over coffee that Rupert didn't actually go to bed till midnight but the twins and Noah went at a decent time and were no problem at all. 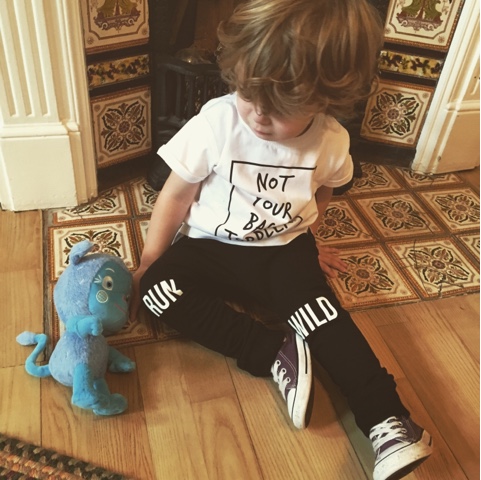 After a massive breakfast and a lovely hot bath (for me) we got dressed and headed off to the local garden centre to let the boys have a run around and let off some steam before we headed off to Jon's parents.
It was also an opportunity to have some time with my mum.
We sat on the bench and watched the boys all pretend to be ninjas.

Rupert was rocking his new getup from Cribstar a cool Instagram shop.
The tee reads - Not Your Basic Toddler and it suits him right down to the ground.
I also wore my Mother Of Dragons which is also from Cribster. 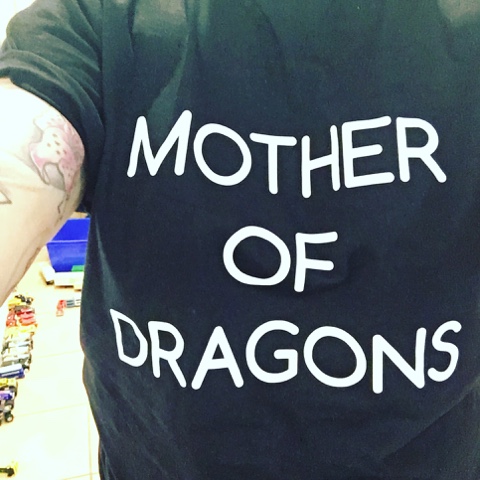 Once back from the garden centre we got ready to head off to Nana's and Gramps house for our last dinner in their house.
They are off to Norfolk at the end of the month.
It was also Helen's birthday last week, so it was also to celebrate that too.
Ru actually sang 'Happy Birthday To Nana' in his own little way with out any prompt. 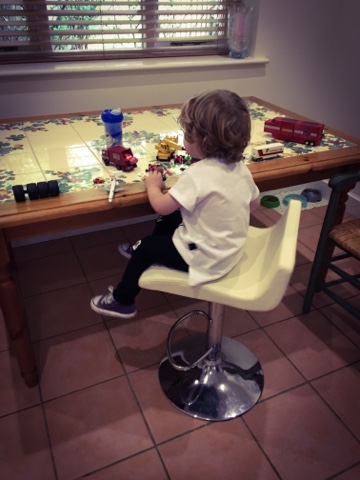 Sunday was a chill out at home day.
The rain stopped us from bundling the boys out so we decided to stay home, watch films and do some baking.

We had a some bananas that were perfect for a Banana Loaf, I found a Jamie Oliver recipe that didn't have any added sugar in.
Perfect I thought, shouldn't leave the boys bouncing off the walls.

I also attempted to make some bread, but that completely failed. 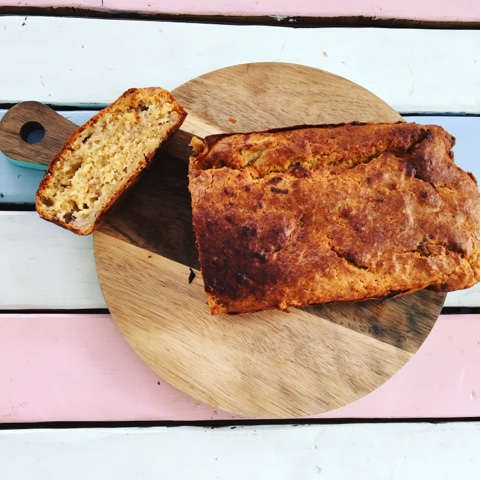 Ru's had a cough for a few days and yesterday it became really chesty, so I've booked him a doctors appointment for this afternoon to get it check out.
Whilst on the phone I booked the twins and Ru all in for their flu nasal spray. 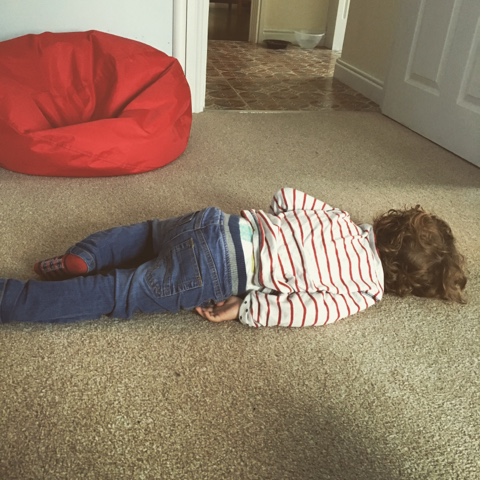 The boys have a real thing for hot chocolate at the moment, so I went all out and got some whipped cream and marshmallows yesterday and treated them to this for pudding.
Rupert just ate the marshmallows and left the rest.
Jon was treated to one once he'd come back from walking the dog. 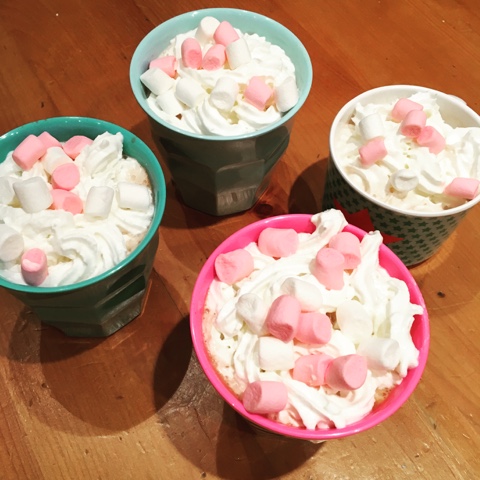 The twins and Noah all went to bed at normal time and Ru was up till 11ish.
He didn't cause too much havoc, which meant we could actually enjoy some TV.

I'm going to call the Health Visitor today to try and get her to come round so I can re discuss Ru's sleeping and eating habits. 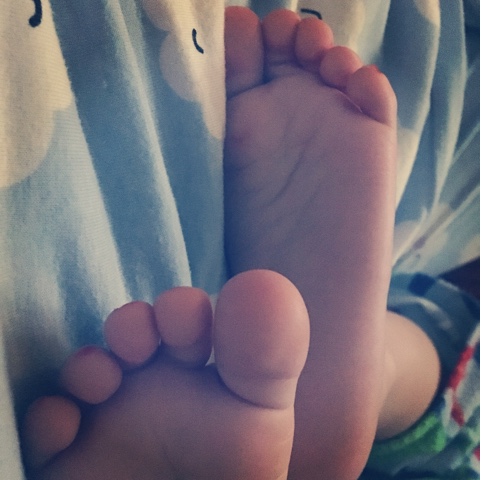