Today we loaded the boys up into the van and headed off to
PYO Pumpkins. 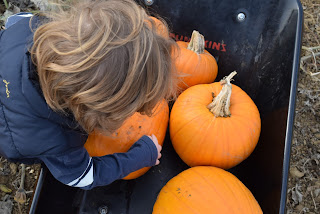 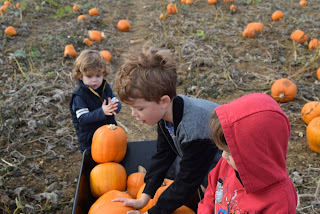 We went last year and got so carried away that we ended up spending well over £20 on all sorts of different pumpkins.
We did eat a fair few and had pumpkin carving competitions but still had lots left over that went to waste.
So this year we said the boys that they could only pick one pumpkin each.

Well that was the plan, I left Jon to it as Alex needed the wee which was right back by the car so by the time we returned Jon and the boys had filled up the wheel barrow. 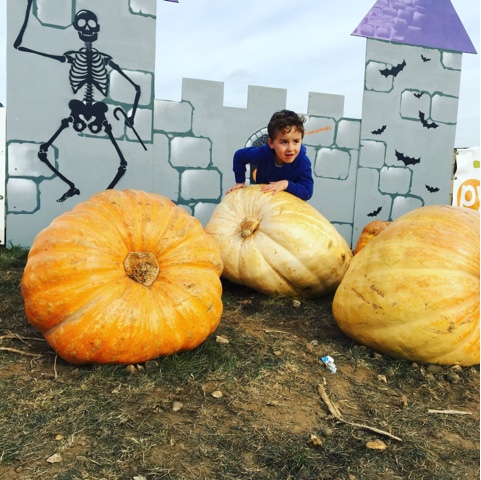 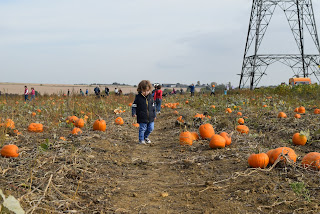 Rupert has developed a strange love for pumpkins since he spotted one back in Morrison's at the start of the month, so he was in his element seeing all the pumpkins.
He is probably the main reason we have more than 4 pumpkins! 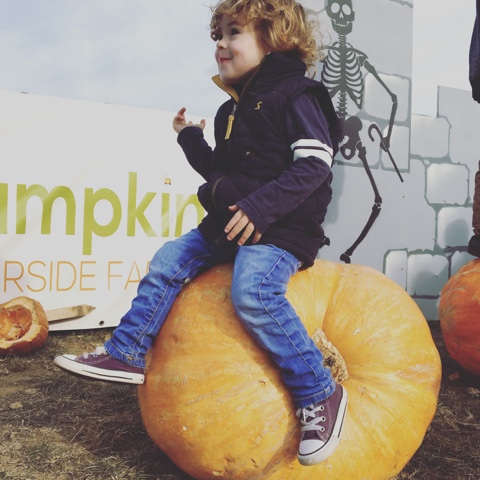 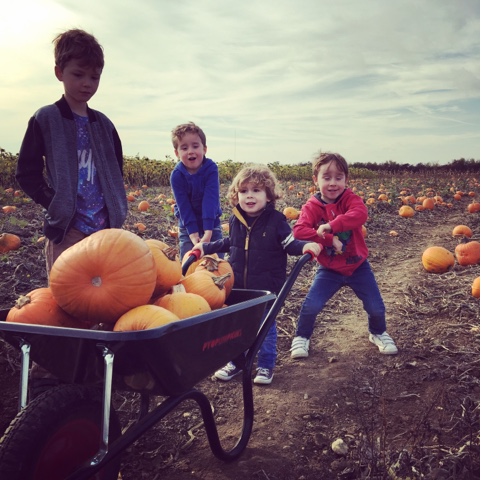 After finishing at the pumpkin patch we decided the best way to end the fun was to take a pit stop into Krispy Kreme's and get some spooky doughnuts! 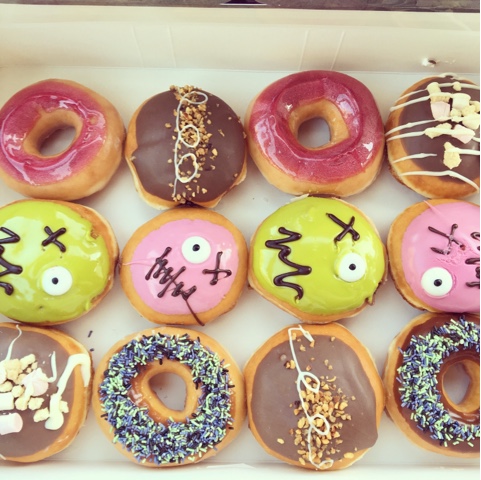 Now to decide what we are going to do with all these pumpkins!