October 14, 2016
It only feels like yesterday that the long 6/7 weeks of the summer holidays were over and the kids were finally going back to school and my sanity was about to return.

Now October Half Term is just around the corner and I have only just found out that the boys are off for TWO WEEKS!!!!
Seriously when did that become a thing?

October isn't known for its beautiful weather so I thought I would share a couple of toys that could prevent the kiddies becoming bored. 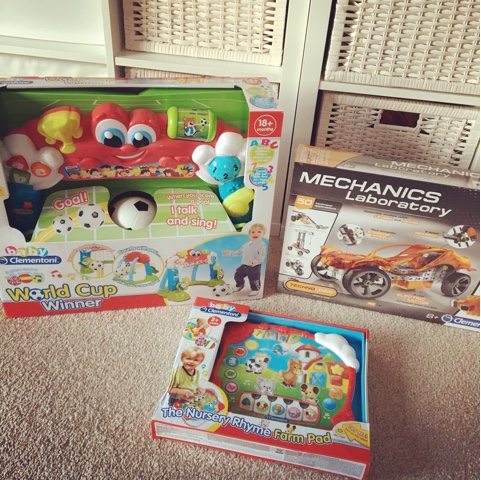 First ones are for the mini people;
World Cup Winner

Football mad kids?
Mine are and this has gone down a treat, I've even spotted Noah practising his goal shooting.

Ru was very taken with this and the moment he saw it came with a ball it turned into his new favourite thing.
He's got a great kick on him, but still needs a bit of practise getting it into the goal, the twins have been helping him, by showing him how they do it
This is one of the only toys they have that they actually share nicely!

Some of the key features of the World Cup Winner are; 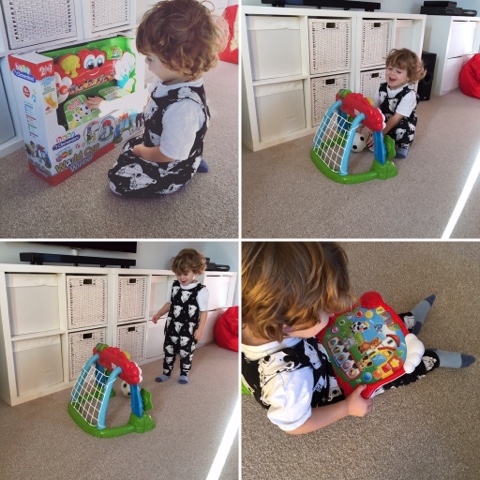 Another one for the Little people is the Nursery Rhyme Farm Pad which is suitable from 24 months.

Ru isn't a big talker but he loves singing along to nursery rhymes.
He does usually play them on the iPad but with this farm pad its much more interactive and he loves that he can press the different animals and hear the different sounds they make.
He never really used to be able to tell you what animal belonged to what noise but he's slowly getting there and with the Farm Pad I can see that happening.
This keeps him quite for a good while, this is perfect for calming down time. 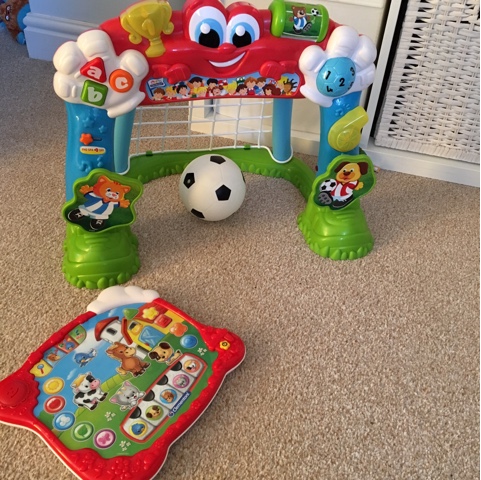 Now onto those bigger children who are more harder to please!
If Noah could play on his PlayStation all day every day he would, and he really gets annoyed when I tell him he has to do other things or his brain will rot!
When presenting him with other things to do, normally he will grunt at me and go off in a huff.
Unless its something really cool, just like the Mechanic Laboratory .
As soon as he saw this his face lit up!

As much as Noah pretends he hates making things and being creative, he actually really enjoys it once he gets stuck in. 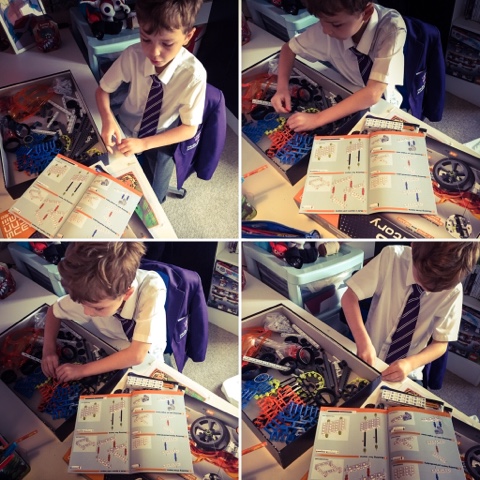 This Mechanic Laboratory will keep him busy all half term, as you can make more than 50 buildings of increasing complexity, you can build helicopters, motorized cranes, cars with electric motors.