October 20, 2016
The twins were sent a rather large parcel last week.
Their eyes lit up with excitement as soon as I told them it was for them! 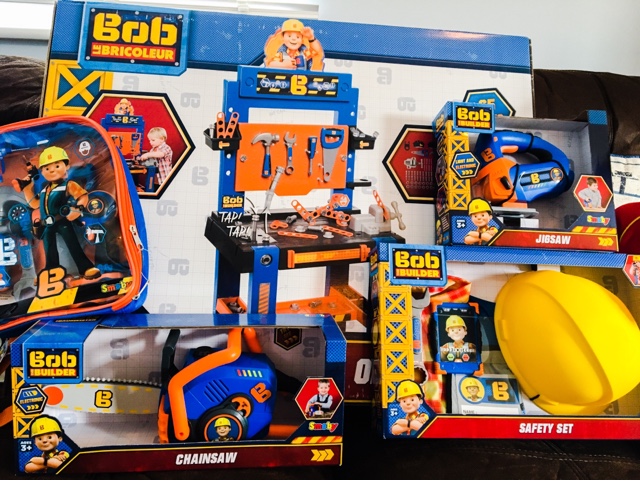 The boys love watching kid tube so when I asked if they would film an unboxing for me they were more than happy to do so.
I'm not sure they'll be the next big YouTube stars but for 4yr olds they did pretty well!

The work bench was nice an easy to assemble, the twins were ready with the chain saw and jig saws to lend a hand, but when I said they weren't needed they went off to "fix" the box the goodies came in. 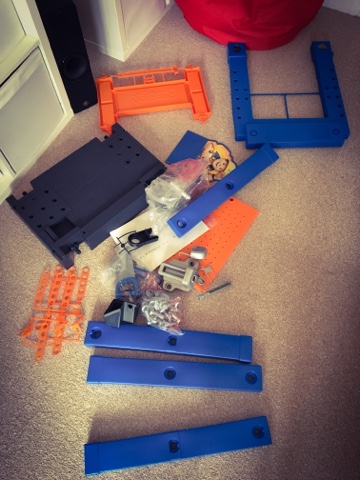 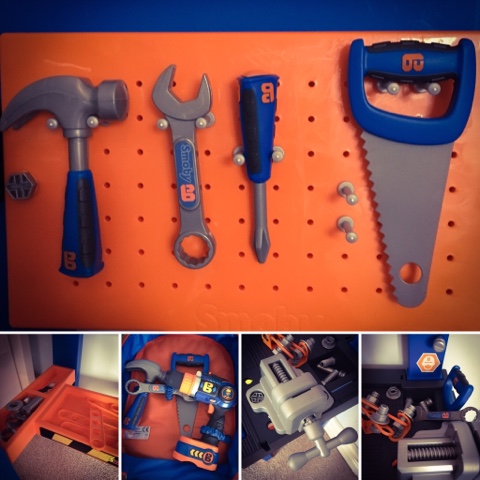 Oscar was the first one to dress up and get to the work bench to try it out!
He loved all the different tools and that he could actually hammer, screw and build with the bench.
Alex soon joined in once he had "fix" everything with the chainsaw. 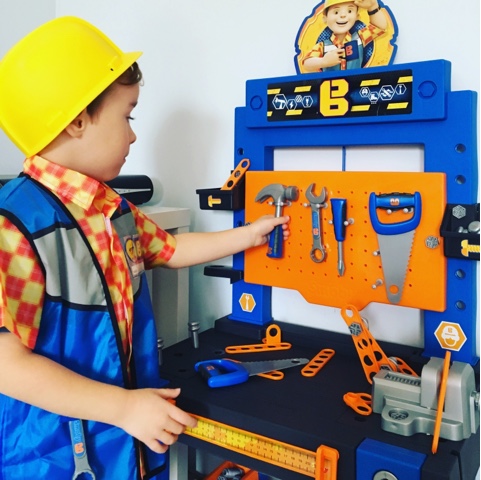 The Chainsaw and Jig-Saw make real noises and the Jig-Saw lights up when used.

These were big hits with the boys but after a while my ears decided they needed a holiday! 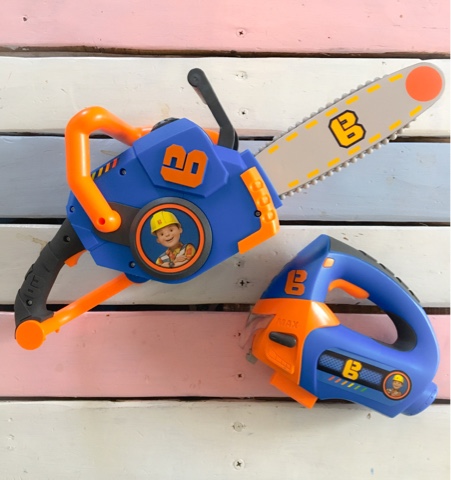 The boys and their two friends Elsa and Tate enjoyed playing builders all day, they all enjoyed the work bench and running around the house trying to fix everything they could.

As soon as Ru walked in from nursery he was all over it like a rash! 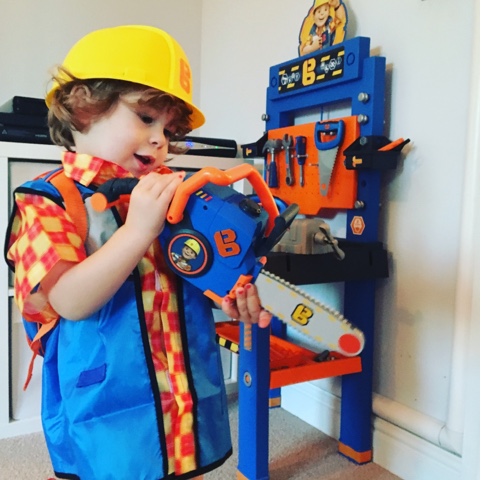 He does make a cute little builder.

Any one of the Bob The Builder toys would make an awesome Christmas or birthday present.
The prices of the toys above range from £12.99 up to £44.99.
So something for everyone's budget

All the toys are well made, and if they can with stand the twin test they will please most children!

**I was sent the toys for free, in return for an honest review. All thoughts are my own.