October 23, 2016
Yesterday we took a day trip up to Norfolk to view another house.

The house we originally put an offer in on way back in July has been extremely hard to get going and the guy selling it hasn't even signed the contracts.
He keeps avoiding the estate agents and we just seem to at a dead end.

So we decided that we needed to get back on the house hunt. 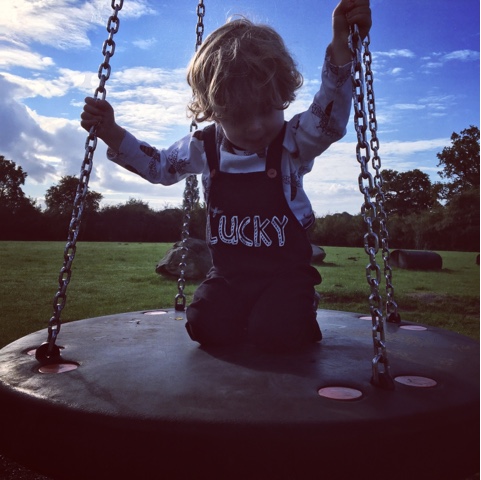 We went and viewed a gorgeous house just down the road from Kings Lynn.
We all fell in love with it and wanted it there and then.

We put an offer in and waited.
Before the long drive back to Kent, we found a park local to the house and let the kids have a run around.
It was wet and slippery so we told them not to go on anything too wet and try not to get too muddy.

Well famous last words...... Rupert went on the roundabout and as he was getting off slipped, fell face first into the metal seat and smashed his gums up and cut his lip open.

I eventually stopped the bleeding with my cardigan and both Jon and I decided it didn't need a trip to a&e but we'd put him in the front of the van with us so we could keep an eye on him.

He's rather bruised but everything seems ok and he isn't mentioning it hurting.
To be on the safe side I'm going to book him a dentist appointment tomorrow to get his teeth checked over and make sure nothing is wobbly.

As for the gorgeous house...
our offer was accepted but we were then told by Jon's brother in law who is Norfolk born and bred that the area the house was in was a no go area.

So we've pulled out and are off back up to Norfolk on Tuesday to view a different house!