Lets All Go To Okido!! 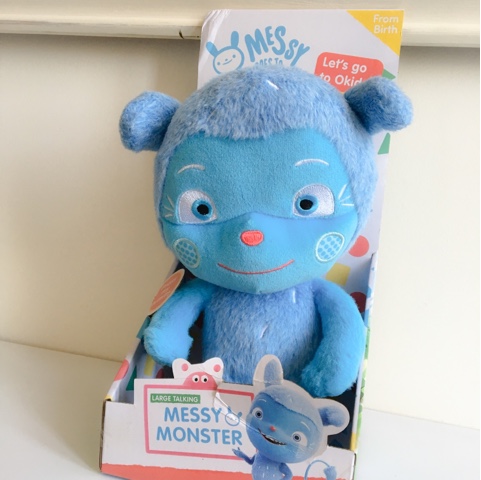 For the last 8 years of my life I have been watching Cbeebies.
They boys all adore it and when new shows come on they all get extremely excited.
One of their favourite (minus Noah as he's far too cool for Cbeebies now)
is Messy Goes To Okido!

So when I was asked if I wanted to review the brand new talking Messy teddy from Golden Bear Toys new range I was more than happy to say yes. 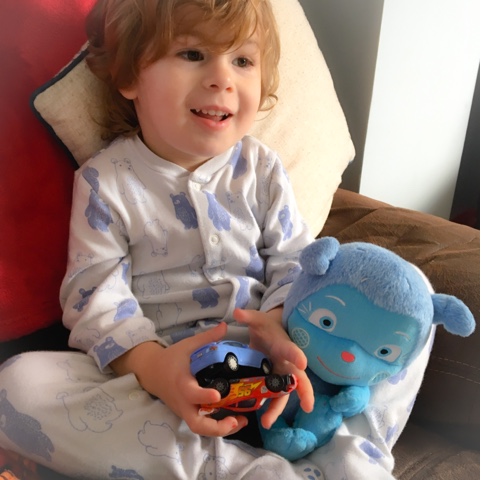 A little bit about Messy Goes to Okido;

‘Messy goes to Okido’ is a comedy adventure, science-educational show following a curious, lovable monster called Messy.
Messy magically transports us from the real world to the land of Okido, where he finds the answers to his questions. Why do things fall down and not up? Where do echoes comes from? Why does my stomach rumble? The aim of the series is to visually bring science to life using stories, comedy and adventure. Messy’s questions cover all aspects of science, from nature and biology to technology, from atoms to outer space, and everything in between. Rupert loved his Messy Monster from the moment he unboxed it.
Messy has already gone on many adventures with Ru, he's been to Mimi's, to nursery, to the park and even the doctors.
Messy is never far from Rupert's side.

The bear is incredibly soft and super cute! 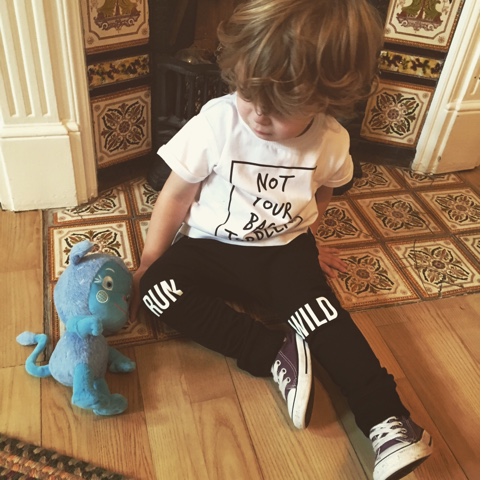 With Christmas just around the corner, Messy would make a perfect present for Messy fans.

This cuddly soft toy measures 24cm and features Messy’s favourite phrase: “Balabalaboomboom” along with many more fun sounds from the TV show!
The Large Talking Messy Monster is made from a mixture of soft and furry fabrics and features cute embroidered facial features.
Suitable for children from birth.