November 27, 2016
Oscar and Noah have been desperate to visit a build a bear workshop ever since watching Hobby Kids on YouTube visit one.

We thought we would treat the boys before the big move.
They are off to my mums on Wednesday evening to stay until Saturday when she brings them up to the new house.
So we wanted something fun for them to take with them and a memory which showed moving house isn't all that bad!

So off we went to Maidstone Build a Bear..... 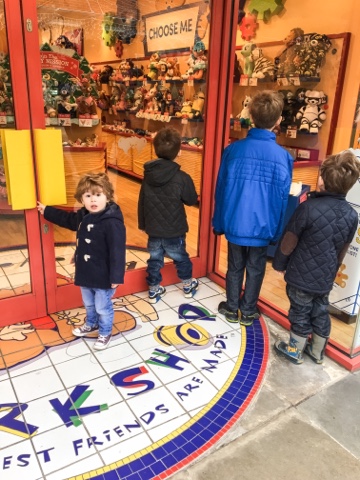 We knew it was going to be expensive but thought the experience of it all would make it worth it!

We were the first ones in and when the staff opened up we weren't even greeted with a smile!
The boys took no time in choosing their bears and ran straight to the sound board.
No one came to help.

We stood around waiting, eventually a guy came along but didn't even ask if they wanted a sound or a heartbeat he just sat down at the stuffing part and took Rupert's bear from him.

He stuffed his teddy and sewed him right up without asking if he wanted a special smell or a heartbeat.

Another member of staff then came over to help stuff Noah and Alex's bears, she then got the huff with us as the bears the boys had picked didn't have any stitching in the back.
Like that was our fault! 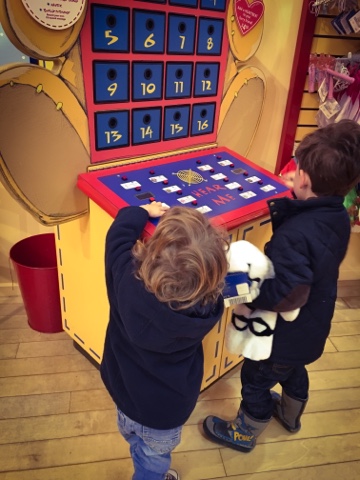 Whilst we waited for the boys bears to be finished I showed Ru over to the cleaning station. I needed to keep him busy.
Once all the bears were stuffed none of the boys were then showed what to do.
They were just left stood by the stuffing machine.
Waiting and wandering where they were to go to next. 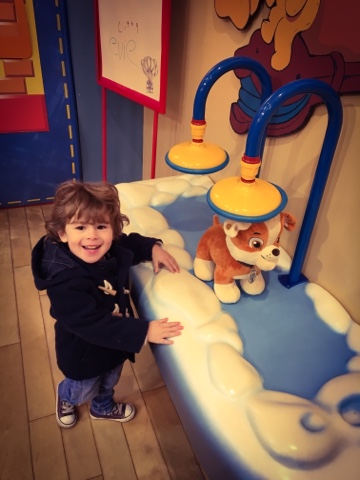 Once the lady had finished sewing up the two bears without stitches I had to show the boys how to work the computers.
No one showed the boys any interest and the magic of building their very own bear was no where to be seen!

I'm so disappointed in the whole experience.
I came out feeling like I shouldn't have even bothered.
It's not like it was even busy, if it was I could probably understand.
We were first in, they'd only just opened up.
All the staff were grumpy and very unfriendly!

We ended up paying well over £80 and that was without clothes and extras and there was no "experience of fun" whatsoever. 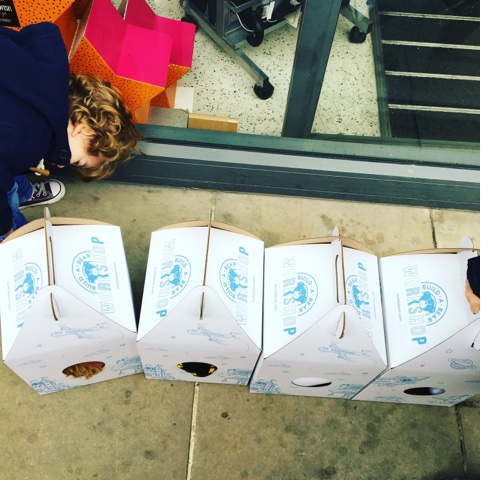 It also didn't help that Ru had a mega melt down in the middle of the shop too.
To which the staff just looked at him like he was a piece of rubbish on the floor!

Then to add more to my mood, Oscars storm trooper teddy has a hole in his knee!
We aren't even able to take him back as the count down is on to get the house ready before we move next week!

I'm hoping our lovely neighbour Sue can come to the rescue and help sew him up. 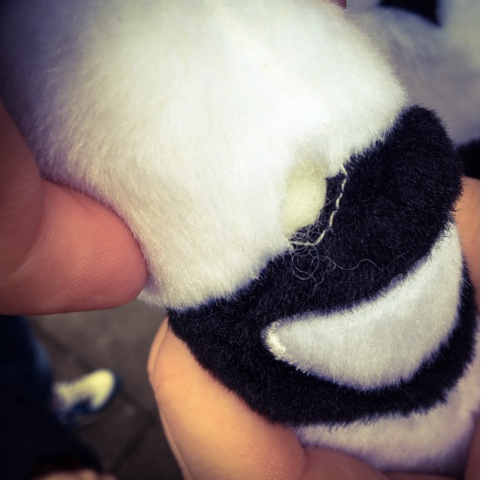 The boys were a bit confused as to why their experience wasn't the same as what they saw online, but they do love their teddies and I know they will be loved for a long time to come.

You sure won't catch me running back to a build a bear any time soon!