How I got my boys to sleep and my love of Gro Bags!!!

Getting a good nights sleep is something everyone enjoys and as a mum of four I do treasure being able to sleep undisturbed of course it doesn't always happen but more often than not it does!

I have always had a bedtime routine with the boys, it may have changed slightly with each one but there has always been some sort of routine and it's always worked for me.

When starting a routine with your children you have to make sure it that it's going to works for you, there's no point in saying well I'll do this tonight but I can't tomorrow as I need to do something else. It needs to be set in stone as that will help them know what to except!!

When I had Noah, I would give him his bottle sat in my bed then rock him to sleep and once he was asleep I would then place him in his cot
I liked the cuddles and I didn't need to be doing anything else so that worked for us! Noah would always wake up at around 10pm then come into my bed and carry on sleeping till the morning. That worked for us as it was just us. Noah stopped co sleeping at the age of 3 which was when I met Jon.

With the twins it was completely different
Jon had just broke his back so it was just me doing the work of both parents.
I had a regimented daily routine ... Bottles at this time, naps at that time blah blah blah but it all helped at bedtime.
Which was feed one put him in his cot still awake and feed the other then place him in his cot turn the musical frog on and shut the door.
The twins were great and never really cried, if they did I would then sit between their cots until they drifted off to sleep.
•• I dislike having babies cry at bedtime and do my upmost to make sure that bedtime in our house is tear free. ••

With Ru again his bedtime routine was different to the twins!
I would feed him downstairs once the other boys were in bed then cuddle him till his ten o'clock feed then take him to bed with us.
Now I will give him his bottle in his room then put him into his cot and sit in the chair beside his cot until he has drifted off to sleep.

Their routines may have all been slightly different but one thing that was constant was putting them in a GroBag to sleep in. 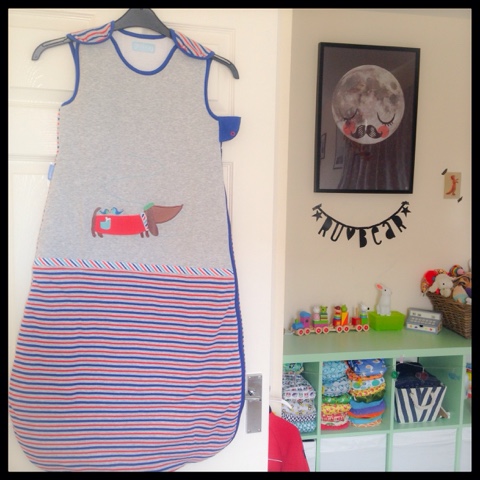 When Noah was gifted his first one from his great auntie I had no idea what they were and why he would need one.
Noah's great auntie told me the all the pros and that she had used them on her kids and that I really should have one.

Nearly 8 years later and I'm still loving them!
Noah was in his GroBag until he was 18 months, the twins 20 months and Ru is still in his.
A few weeks ago when it was ridiculously hot I decided I would put Ru to bed with just a sheet thinking it would be cooler for him (even though we were using a summer GroBag, which is a 0.5 tog) he did not sleep for the next two weeks!
As soon as he was back in his GroBag he sleeping through the night again!
Which rekindled my love of the  Gro Company !

The GroCompany have a range of GroBags in all different ranges, boy, girl and unisex designs. They also stock them in different togs to help achieve that perfect nights sleep whatever the weather. 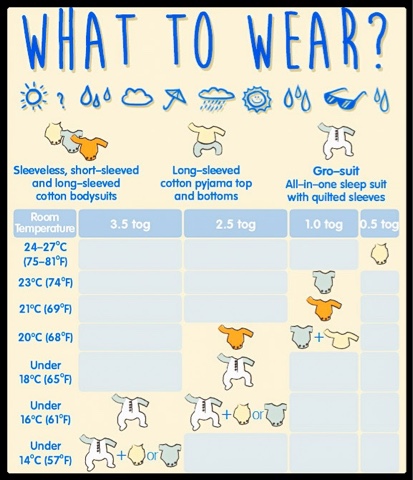 Not only do they keep baby warm they also cut out the risk of baby pulling the sheets over his/her face. Leaving you to have a worry free evening.
'Grobag has worked closely with The Lullaby Trust, (formerly FSID) The charity works to promote Safer Sleep for babies and support for families. Each Grobag comes with a free nursery thermometer and guide of what to wear.'
Did you know .....
'The Grobag started the baby sleep bag revolution back in 2000 and they are very proud to have changed the way that mums and dads put their babies to bed. Over 95% of parents in the UK now use baby sleep bags, making traditional top sheets and blankets a relic of the past.'
Why not head over to the Gro Company  website and see all the other amazing baby sleep products they do!!
Email ThisBlogThis!Share to TwitterShare to FacebookShare to Pinterest
Labels: #sleeproutines #baby #GroBag #TheGroCompany #bestbuys #safersleep #triedandtested #pbloggers #mbloggers